This camera is unlike my other Zeiss Ikon cameras in that it was aimed at the middle of the amateur market - above the box Brownie brigade but below the Contaflex, Ikoflex, Ikonta market.  The Tenax I came out in 1938 (actually started retailing in early 1939) just after the Tenax II.  They are both named after the Goerz Tenaxes of 1909 and 1921 (Goerz being one of the camera companies that merged to form Zeiss Ikon in 1926).  You will frequently see these described as being made from 1930 to 1941, but that is due to a misprint in McKeowns and the correct dates are 1939 to 1941.  WWII meant that production was curtailed fairly soon after the launch and so these are fairly rare cameras.  My specimen is probably produced for the German home market rather than a British version as Zeiss Ikon usually produced British and American versions of their cameras with the distance scale marked in feet.  This camera has the distance scale in metres and, also, has the catch for the back marked Z and A (zu and auf - close and open) rather than in English.  Liberated by a British soldier in 1944/5, perhaps.

It is very small - just 110mm wide and 65mm tall and only 45mm thick.  This is not a folding camera but has a lens of 35mm focal length.  The camera uses such a short focal length lens because it produces a negative that is 24mm square - the 'normal' lens for any camera is the diagonal of the negative (or sensor for digital cameras).  For its size, it is remarkably heavy.  It is made of die cast aluminium and brass.  The brass is bright plated, but the way the plating has worn off the brass on the top plate and shutter fascia I suspect the plating is nickel.  My specimen is "well loved" - it has obviously been well used over a great deal of time.  Much of the textured leatherette on the front has worn smooth and significant plating has worn off .

It is an unusual camera in many ways.  There is no wind-on knob or lever on the top - the film is wound on using a combination film advance and shutter cocking lever that is pressed by the index finger of the left hand.  This film advance will move the film on one frame (24 mm) each time it is pressed and this is interlocked to the shutter release preventing wasted film.  The shutter release is on the front of the camera on the shutter as was becoming very unfashionable at the time this camera was designed.  It does, though, make the camera easy to use - if the shutter release was on the top plate as was becoming normal in the late 1930s, it would be hard to place the user's finger on it with such a small camera.  The shutter contains a double exposure lock - you cannot take a picture without winding on nor wind on without taking a picture.

The controls on the front are hard to use.  Apart from the stiffening we might expect on a camera that is 72 years old, the parts are quite small and my fingers quite large.  The aperture adjuster is very stiff and, even when holding the lens, the focus changes more than the aperture does. This is probably telling me to open the front and get some clock oil in there.

To open the camera to load a film or removed an exposed film, the circular button on the base has to be turned a quarter turn and then slid to one side.  This allows the base and back to be removed in one piece.  This is supposed to make loading the camera easier, but I find the take-up spool is liable to drop out as is the cassette of film.  This operation is made much easier by using a table top, but in the field, table tops can be hard to find.  The take-up spool I have is a later Contax plastic spool.  The original Tenax I spool was die-cast metal.

The lens is a Novar Anastigmat 35mm lens which is only 11mm across.  Focussing range is from 1 metre to infinity - at the Happy Snapper setting, from 3 metres to infinity should be in focus.

The mechanism was not particularly free running so I took the bull by the horns and took the top plate off.  Inside is fairly simple - not a lot for me to damage.  I have applied clock oil to all the pivots and linkages and the mechanism is working much better now.

Because this camera is idiosyncratic it takes a bit of getting used to.  The viewfinder is a standard size for the time but almost impossible to use wearing my glasses.  This is a point I find with most pre-1960 cameras.  The shutter release is not quite where my finger expects it to be but once I have started taking pictures it is fine.

The film advance is taking more getting used to - it is on the 'wrong' side of the camera and is a plunger rather than a knob or lever. Again, once I am using the camera it is fine.  In fact, the combination of the two levers on either side of the lens means you can take a couple of pictures per second which is not bad on an entirely manual camera.  Zeiss Ikon claimed it was capable of four frames per second but that would require a camera in smoother condition than mine and more nimble fingers than I have available.

The hardest part to use is the diaphragm setting.  It involves turning the centre of the lens mount - I suspect that the designer had smaller fingers than I have.  I am quite enjoying using this camera - it is definitely a pocket camera - compact and reasonably light (not compared to digital point-and-shoot cameras, but compared to metal film cameras in general).  I suspect that if the second world war had not happened just after this camera was designed, the two lever system of shutter release and film winder would have become normal.

This particular camera is suffering from 'Zeiss bumps'.  This is common on older Zeiss Ikon cameras and appears as small (two to four mm) bumps under the leatherette.  My Tenax has four large (four mm) bumps and two small (two mm) bumps.  These are caused by the rivets holding the components together reacting with the glue holding the leatherette on forming a local deposit of what I assume to be oxides.  They only occur on the back of my camera.

I could probably 'cure' this by removing the leatherette and cleaning the metal beneath and replacing the leatherette but I suspect I would do more harm than good.  The frame of the front element of the viewfinder is stamped '24x24' and '3.5 cm' - the first indicating the image size and the second the film size.

The shutter is covered by Zeiss Ikon's own fascia.  This hides the shutter serial number which would help to date this particular camera.  However, the body serial number is J78039.  This partly dates the camera as pre-1945 production was in three tranches each of 10,000 cameras.  The first tranche (1938-9) has serial number letters H, the second tranche J and the third tranche M.  So my camera dates from the second tranche which means it was made after 1938-9 and before 1945.  After 1945, eastern Zeiss Ikon continued with the production of the Tenax I, initially exactly the same as the wartime version and then with a Tessar lens.  However, this later production did not have serial numbers starting with a letter.

Some pictures taken with this Tenax I (not Photoshopped at all).  These pictures suffer from light bleed from the light areas into the darker areas.  It has been suggested to me that this is due to the poor quality glass that Zeiss Ikon had available during WWII. 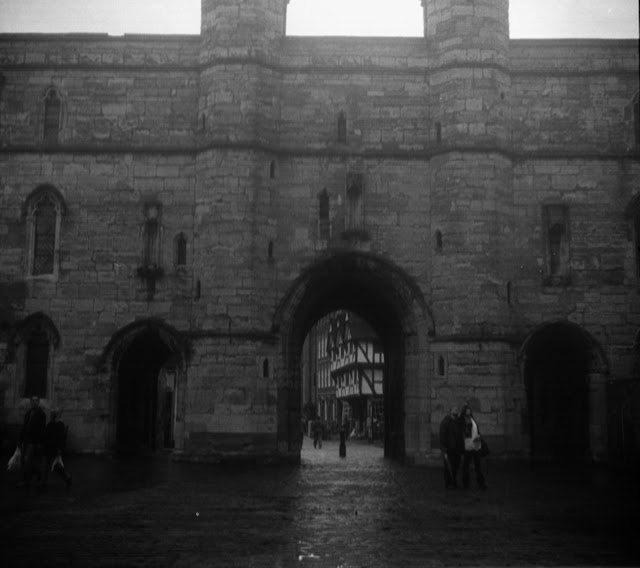 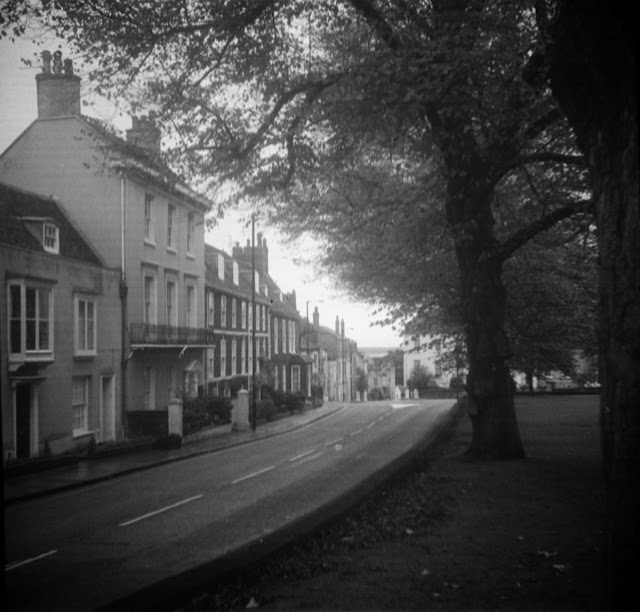 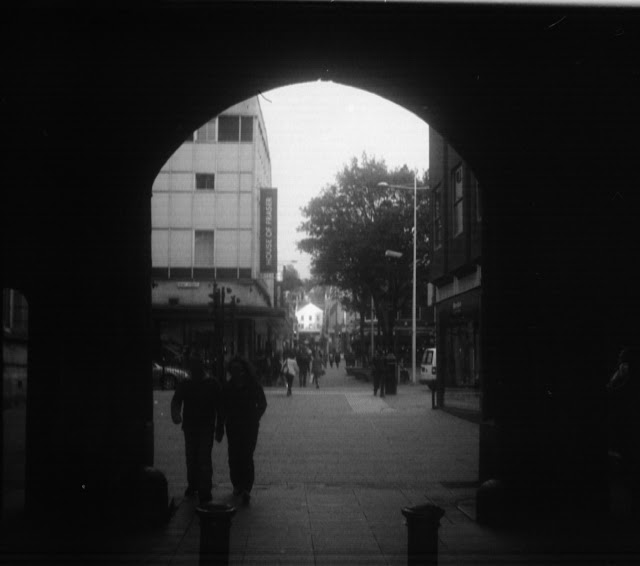